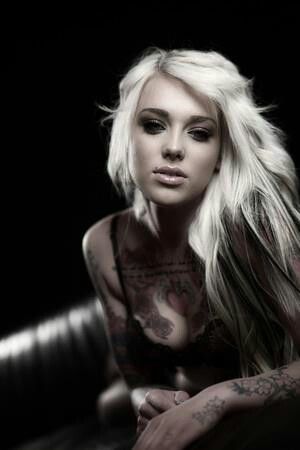 At the tender age of eighteen her old fashioned father berated the man that wanted to marry her until he was satisfied his daughter would be taken care of.

The man that she married had saved her from a rampid fire only months before they were wed, and little did they know that moment that he saved her life, he'd doomed his own. Only three years after their wedding Khovu had been diagnosed with lung cancer. While he had fought like hell for survival, to be there for his beloved wife, he lost his battle a year after his diagnosis. Its a guilt that Kiara carries with her to this day and one she will likely always carry with her.

After two years of living alone, her uncle called for her to come and work for him. Her parents had moved overseas and she wasn't about to go that far away. Instead she went on a new adventure into the world of finance with her Uncle Vinny in some place in Maine called Storybrooke. She normally wasn't one for small towns since she stuck out like a sore thumb with all the ink that splattered her body, but each piece had a story and she'd never been ashamed of her rebellious side. It was one thing her husband had been so in love with when it came to his lovely wife.

The inked, blonde beauty lives in a small one bedroom apartment a little over a block away from the bank where she is employed. She's a free spirit and doesn't hesitate to go where that spirit feels the most freedom. For now she's learning the tricks of the trade under her Uncle's guidence. That sweet, innocent little girl is no longer anywhere to be found in vibrantly decorated young princess.

OOC: This character is meant to be the human embodiment of Kiara from Disney's Lion King II. Created as an original charcter for Once Upon A Time RP but can be adapted slightly for other stories if interested. PM friendly, but I'm told I'm too honest. So, tread lightly. Have a great day.